Here at The KAMP Construction Company, we have over 25 years experience in Residential & Commercial General Contracting, servicing the South Shore, Metro West, Cape & Islands. We specialize in new builds, high end remodels and renovations as well as restorations of historic homes. In addition to residential work, we also specialize in any and all Commercial projects, with a long list of new construction, fit-outs and customizations for our clients.   If you can dream it, it is our job to make it a reality.

We do the difficult at once; the impossible may take a bit longer. 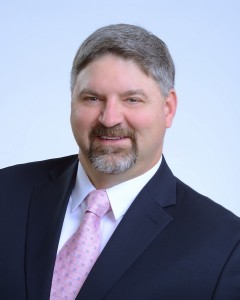 Paul Rodrigues, our founder and president, is a graduate of Old Colony Vocation High School House & Mill department, class of 1987.  After high school Paul started his first company with a fellow classmate.  After working for a couple of years building and remodeling homes Paul felt the need to serve his country.  He sold his half of the company to his partner, so that he could enlist in the Naval Construction Battalion in 1990.  Paul was the Distinguished Graduate in A school.  During his first year he was meritoriously advanced to E-4, and in just his second year he was advanced to E-5 for his exemplary work ethics and the high standards to which he held his men on the projects they built over seas.  After service and sacrifice he was honorably discharged in 1993.

It was then time to continue with commercial construction, and Paul went to work for East Coast Modular.  Here he was in charge of day-to-day operations of all personnel.  Paul was responsible for the erection of 6 temporary and 8 permanent schools spanning from Maine to North Carolina. After 4 years of extensive travel,  he returned to the Northeast and began working with Atlantic properties in 1997 as Job Supervisor/Crew Leader.  As his tenure with Atlantic Properties grew, so did his responsibilities. For ten years, Paul ran the entire Construction Division. He was responsible for all aspects of construction from estimating and scheduling to site management. He was also responsible for all staffing and overseeing employee training. In January of 2013 Paul decided to start KAMP Construction, and he named the company after the members of his family. In his spare time Paul enjoys golfing. Paul resides in Carver with his wife, Kimberley, and their children, Ashley and Michael. 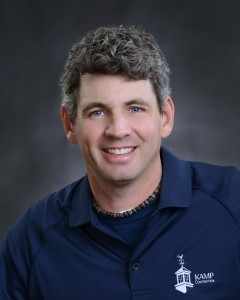 After college in 1999 Nick began working for Atlantic Properties.  Nick started as a carpenter’s apprentice and worked his way up to become Lead Carpenter/Site Foreman for many projects.  He led both commercial and residential million dollar projects.  Nick handles any task, large or small with ease.  He has built or remodeled over forty custom homes on the South Shore, Cape Cod and the Islands.  After working at Atlantic Properties for fourteen years, Nick joined Paul Rodrigues at KAMP as a Lead Carpenter and Assistant Project Superintendent.

Nick lives in Marshfield with his wife, Laurie, and their two daughters.  The family enjoys going to the beach, traveling, taking family outings and visiting Georgia, where his wife’s family lives. 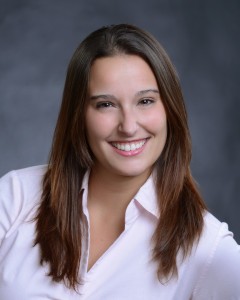 Kristal Jurgilewicz graduated from the University of Massachusetts in Dartmouth in 2008 with a degree in accounting.  During her time in college she volunteered for Habitat for Humanity as well as worked part time as an office manager for Keystone Development, a construction company specializing in 55+ communities, single family homes and the renovation of older homes.  Upon graduation, Kristal was hired as an accounting associate by Northland Investments, a property management company based in Newton.  In 2010, Kristal moved to the South Shore and started working for Atlantic Properties as their office manager.  She oversaw the general daily functions of the company and their accounting.  In 2013, when Paul Rodrigues started KAMP Construction, he asked Kristal if she would be willing to be the office manager, and she happily accepted the offer.

Kristal resides in Plymouth with her husband, John, and their two children.  During her free time, Kristal enjoys spending time with her family in Shrewsbury and golfing with her husband. 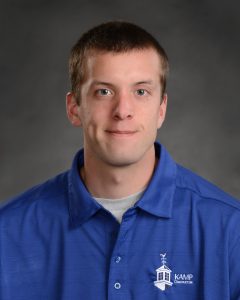 Mac duties and responsibilities range from estimating, supervising jobs and crews, carpentry and is KAMP’s in-house draftsmen. In his free time Mac enjoys learning new tricks of the trade, rock climbing and other outdoor activities. Mac also enjoys giving back to help others through volunteering with organizations such as Habitat for Humanity, and is currently a volunteer Firefighter/EMT. 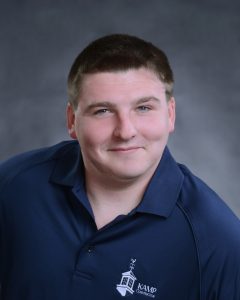 After attending Carver High School, Mike began working for Atlantic Properties in 2007 as a general laborer.  After a couple of years, Mike began to apprentice under Nick’s supervision as a Carpenter.
In 2013 Mike was hired at KAMP Construction as a Carpenter, and as Demo Crew Leader.  Mike has worked on numerous residential and commercial projects where he leads a crew on all large and small scale demolition projects.

Mike resides in Carver and in his spare time enjoys fishing and spending time with his friends and family.